Outstanding Citizens of the Year

Outstanding Citizens of the Year 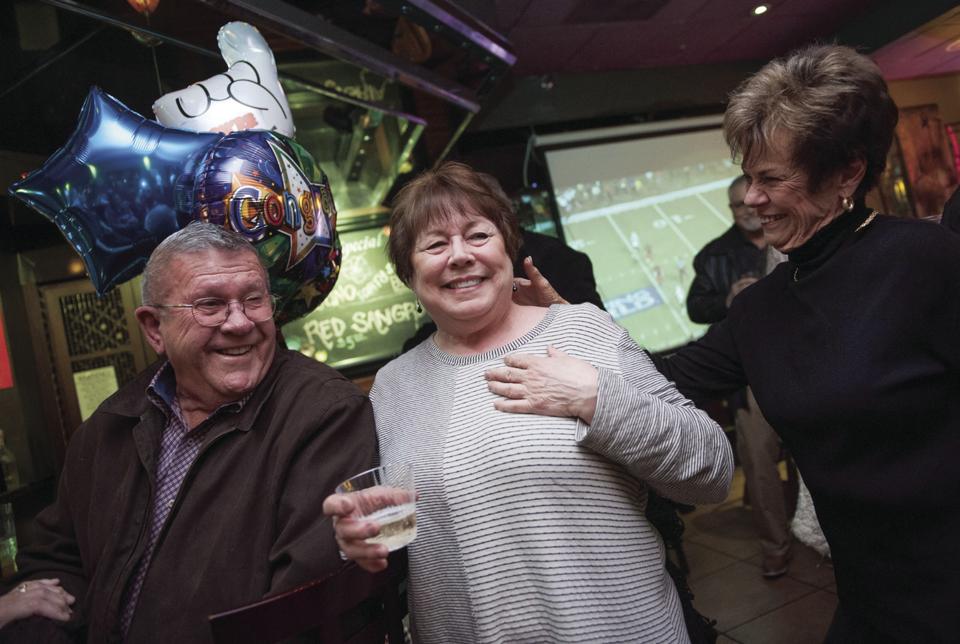 Each year, the Lodi District Chamber of Commerce,and a committee comprised of previous Outstanding Citizens of the Year award recipients, selects a person or persons who has rendered significant service to the community to be honored with the William T. Harkins Outstanding Citizen Award. The award is presented at the Annual Dinner & Outstanding Citizen of the Year Celebration on Thursday, January 24, 2019 at the Garden Ballroom at the picturesque Wine & Roses. This year, there are two citizens who are to be bestowed the award: Richard & Sandy Preszler.

The Outstanding Citizen of the Year award is named after the former Pacific Gas and Electric Lodi Community Manager, William T. Harkins, who assumed the presidency of the Lodi Chamber of Commerce in 1964 during a period of serious economic crisis. Due to Harkins’ actions, he was able to restore community confidence and economic stability to the Chamber, as well as setting the stage for its growth and development into an influential community organization. The nominating committee decided that Richard & Sandy Preszler are deserving of this prestigious award and must be recognized for their “behind-the-scenes” commitment to the community. Both Richard and Sandy are natives to Lodi, California and after having their own two children, they opened their hearts and home to 32 babies who needed help overcoming drug withdrawals. According to Carol Meehleis, “with every new baby, Sandy and Richard made all the sacrifices necessary to assure a safe and loving journey.”

In 1984, Sandy joined The Women’s Club of Lodi. Since then, her and Richard have held the enormous responsibility of maintaining the historic building on Pine Street- including sweeping, keeping up, patching, re-wiring, and renovating (when needed). They took on numerous projects, including in part, the creation and completion of Lodi House. In addition to the Women’s Club and the Lodi House, Richard & Sandy lovingly support the Lodi Historical Society, San Joaquin Historical Society, the Moose Lodge, as well as their church.  “I honestly believe that Lodi has the most amazing group of givers, doers, helpers, cheerers, and lovers of their home town! Sandy and Richard are all of these, in the shadows, in the kitchen, on the sidelines, and always at the very ‘heart’ of every effort they lend their hands to! It’s our hope that Sandy and Richard have an opportunity to step into the light, take a bow, and remind ALL who ‘give of themselves’ that gifts of the heart do not go unnoticed” said Meehleis. Pat Patrick, Lodi Chamber’s President and CEO stated, “We are very pleased with the nominating committee’s choice in Richard and Sandy Preszler. Lodi is blessed to have such a strong community rooted here, and Richard and Sandy are a part of those roots. They are constantly working to better our town- and never seek recognition for their efforts.”